After a rousing success with the (massive) ConLaw series of videos, CMYK and Phaedo Creative teamed up once again to develop and produce more American constitutional law content with the documentary series Founding Fathers. At roughly 30-minutes in total length and with thousands of hand-illustrated assets, Founding Fathers was a wholly new and exciting challenge that melded together the best of analog design and digital production.

Partnering again with the inimitable Barry Bruner, we created a design language reminiscent of theater performances and stage sets, while telling the story of the founding of the United States and the various struggles and compromises that went into the writing of the Constitution as a legal document.

Against backdrops inspired by revolutionary-era landmarks such as the Monticello estate and utilizing period-correct renditions of costume and props, characters acted out the story of the Constitution as told by a series of legal and historical experts from universities and think tanks across the country.

From storyboarding to asset creation to sound and SFX design, CMYK is a holistic production resource; and, alongside Phaedo Creative’s script and documentary footage, Founding Fathers is set to become a capstone project for the year! 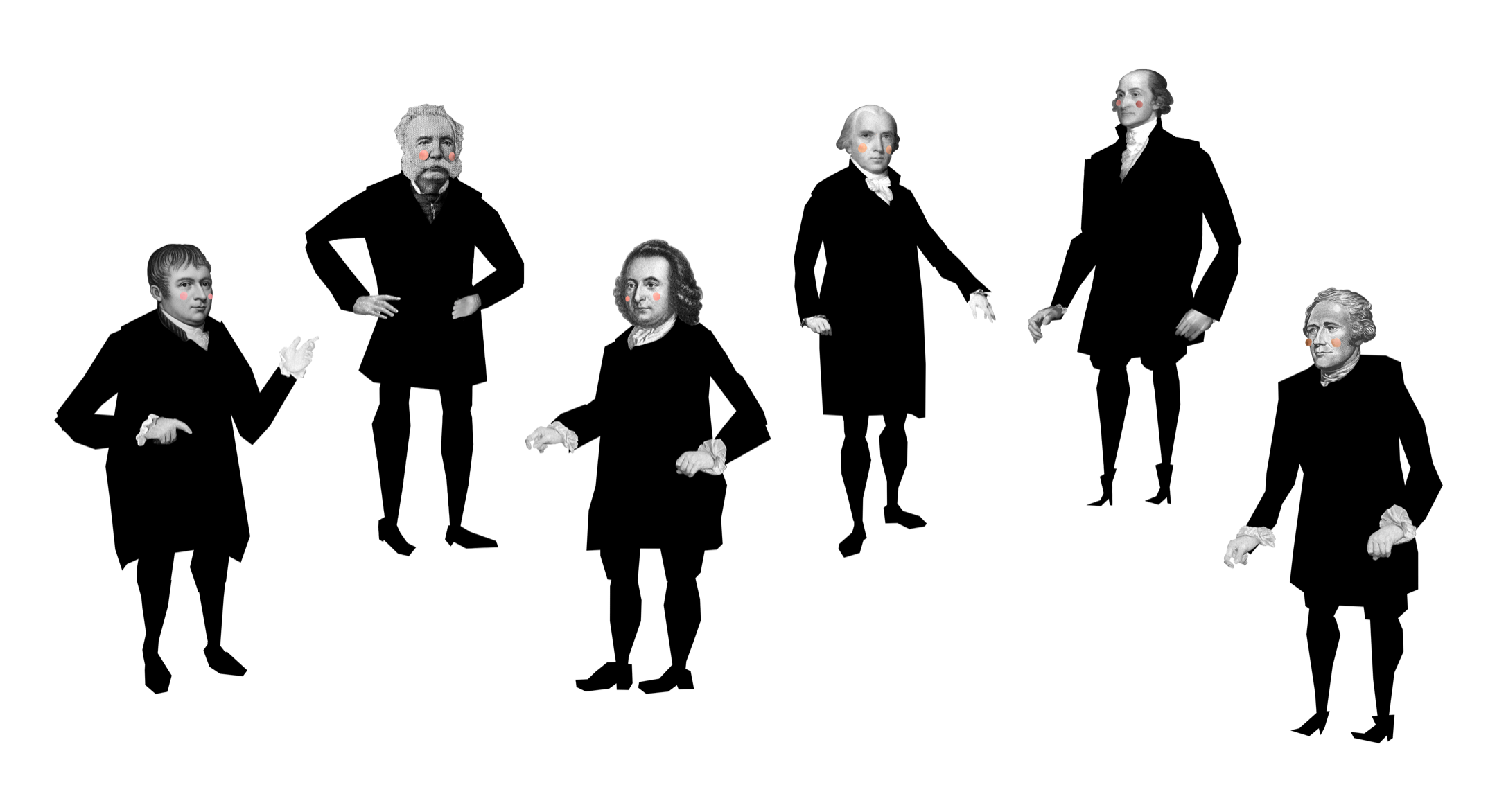 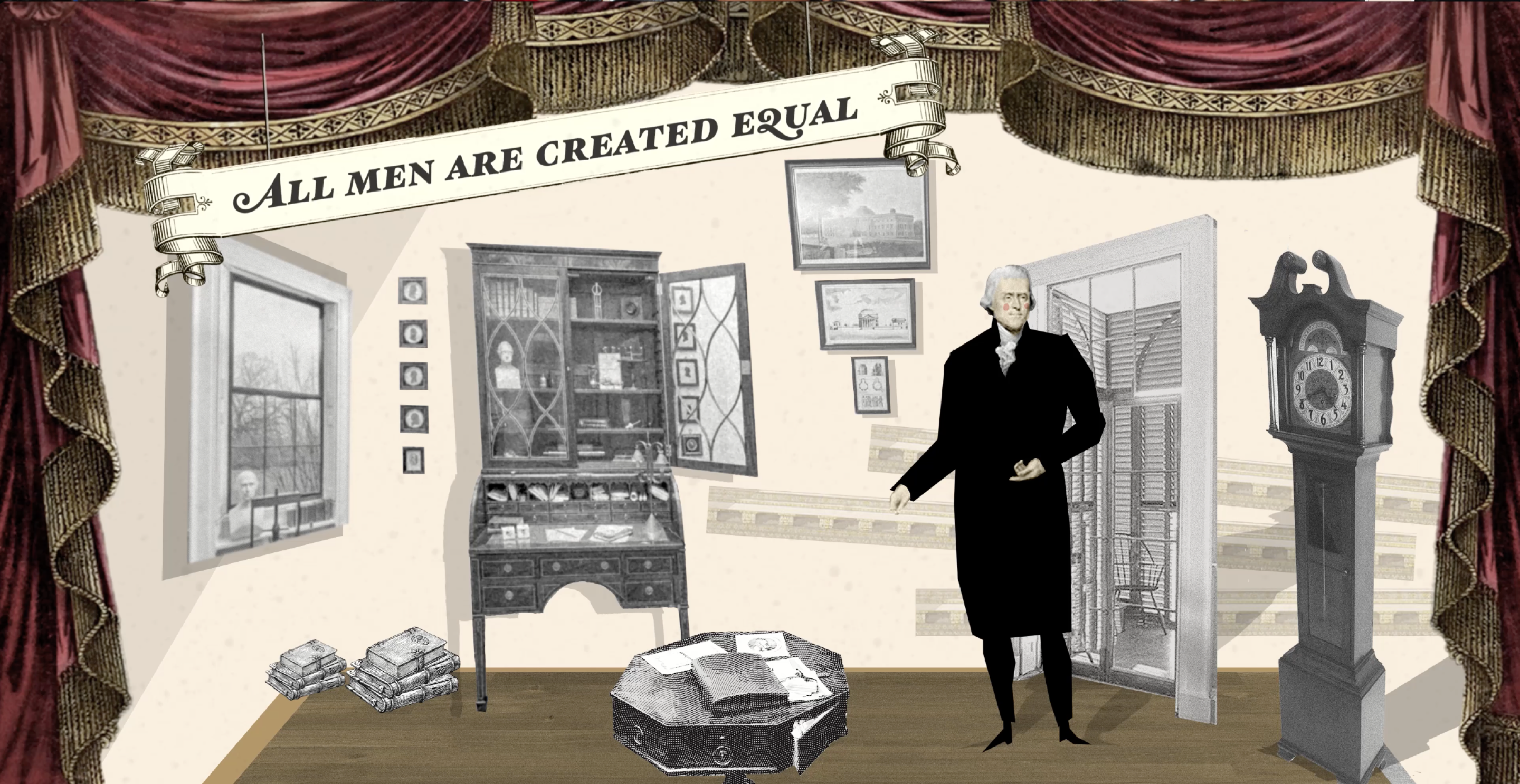 Against backdrops inspired by revolutionary-era landmarks, characters acted out the story of the Constitution as told by a series of legal and historical experts.