Grist is an independent news platform founded in 1999 that focuses on under-reported issues like clean energy, sustainable food, livable cities, environmental justice, and a better economy.

As one can easily imagine, the years of 2017–2021were particularly active time for journalism concerned with these topics, and as the sun was setting on this trying period, Grist wanted to take a moment to both look back at how far environmental concerns in the U.S. had fallen over the years and what could be done to reverse the losses going forward.

In order to accomplish such a massive task, Grist teamed up with CMYK to ideate, design, and develop a long-format data visualization to communicate the breadth of regulation rollbacks and scale of damage these rollbacks have and could have on the environment.

Starting with a general outline of the proposed content, CMYK worked to build connections between the raw data in order to create a compelling narrative for our designers and developers to sink their teeth into. Over the course of just a month-and-a-half, we designed a series of four animated sequences that dive deep into a series of new regulations or de-regulations and their consequences on American health and the economy, using collage-style images and text overlays. 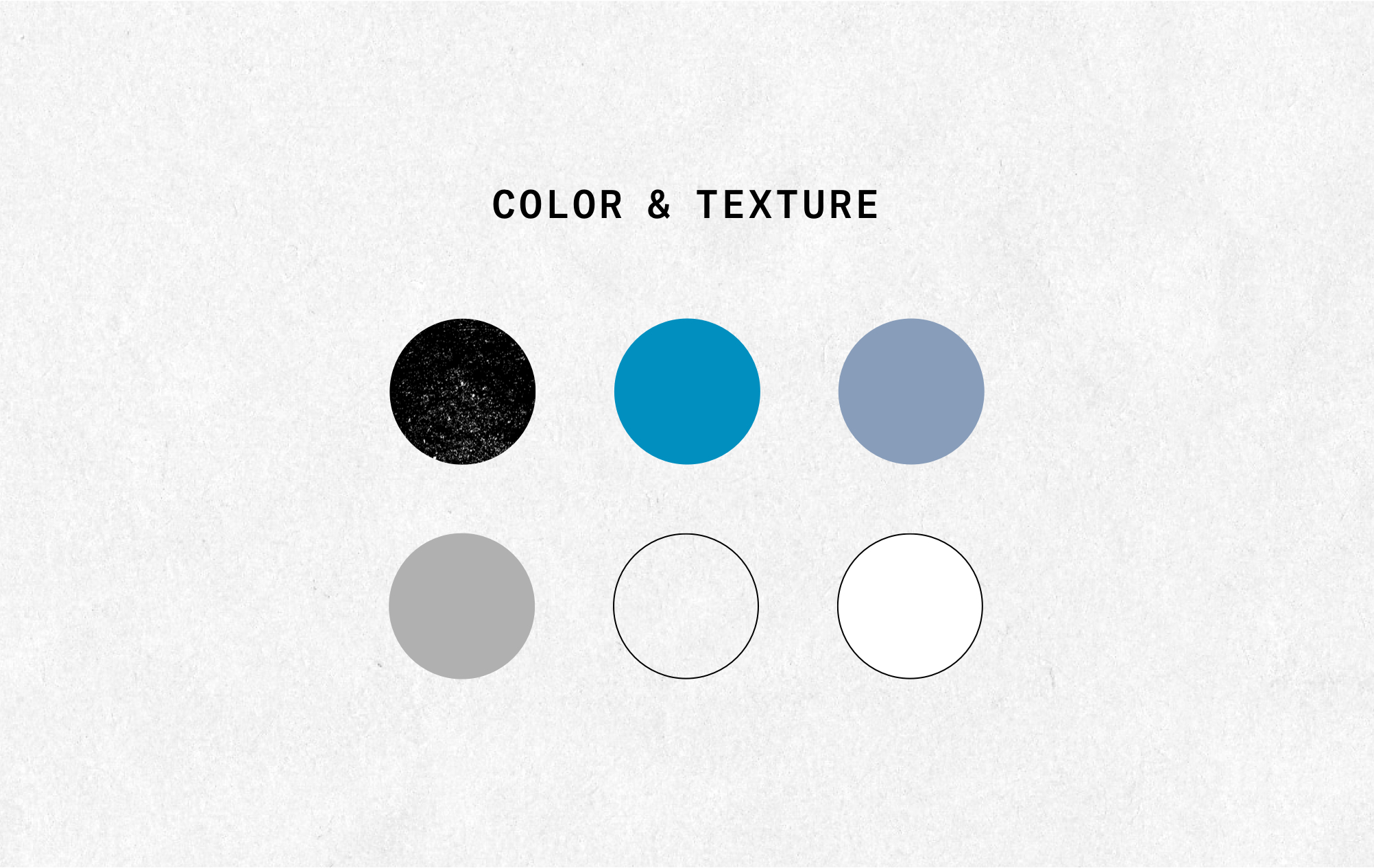 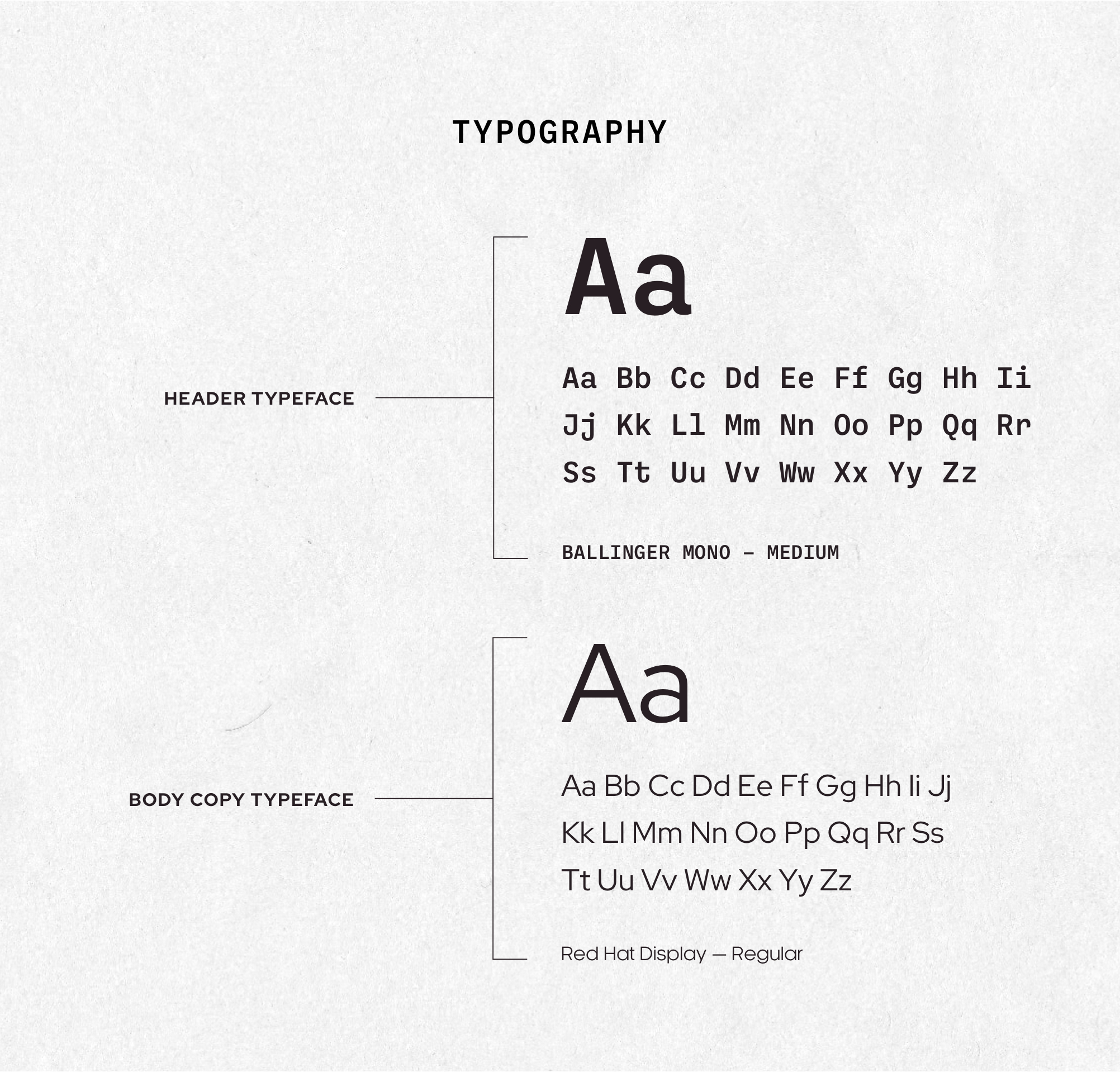 Additionally, we created an interactive swarm chart to visualize all environmental rollbacks during the 2017 –2021 administration era, allowing users to isolate individual examples or filter by a topic and direct link to reference files and sites. Finally, we packaged up the entire article into a plugin file that could be easily handed off to Grist’s internal IT team to install on their WordPress site, allowing them to seamlessly publish the article while maintaining full control of the larger site’s content. 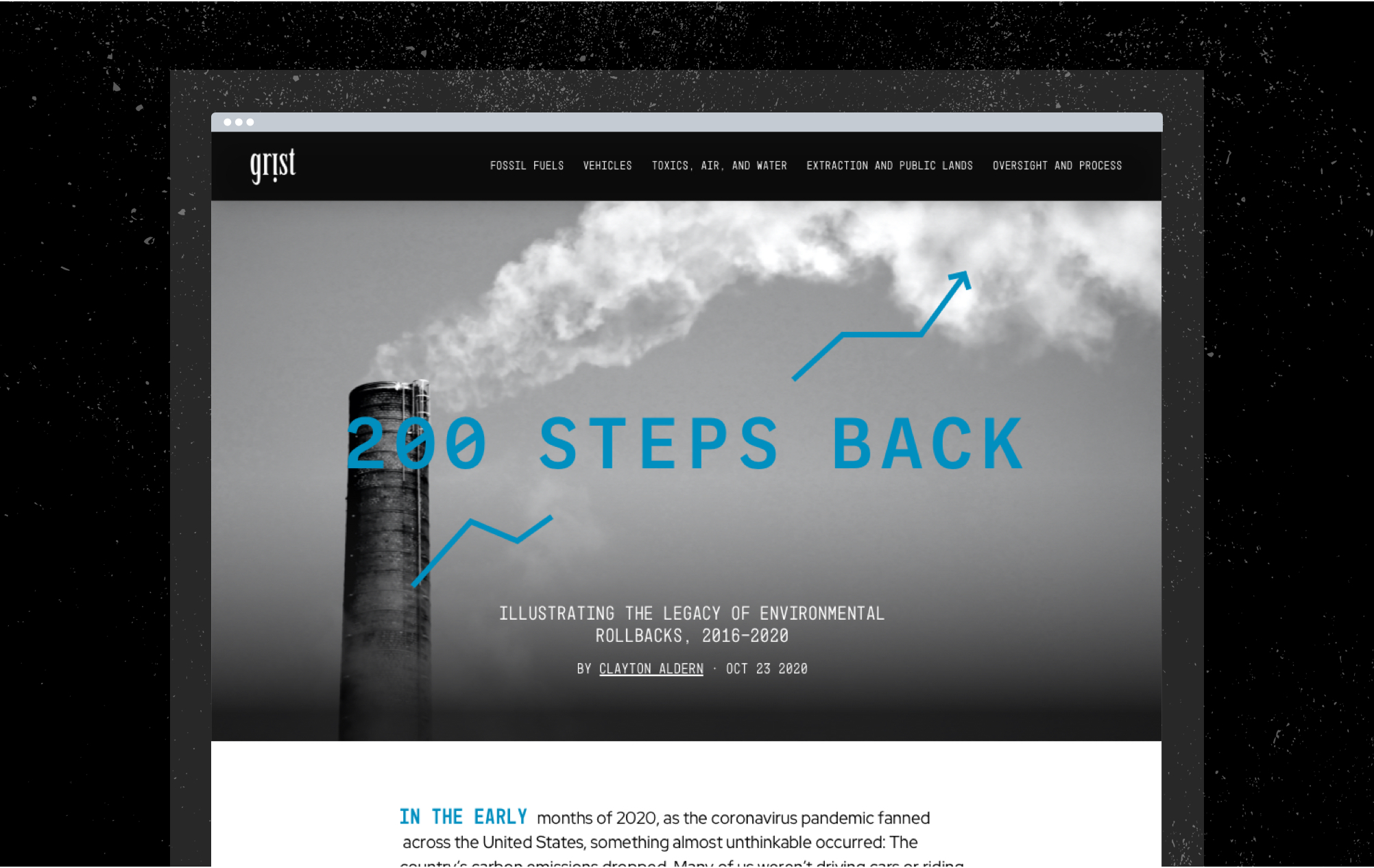 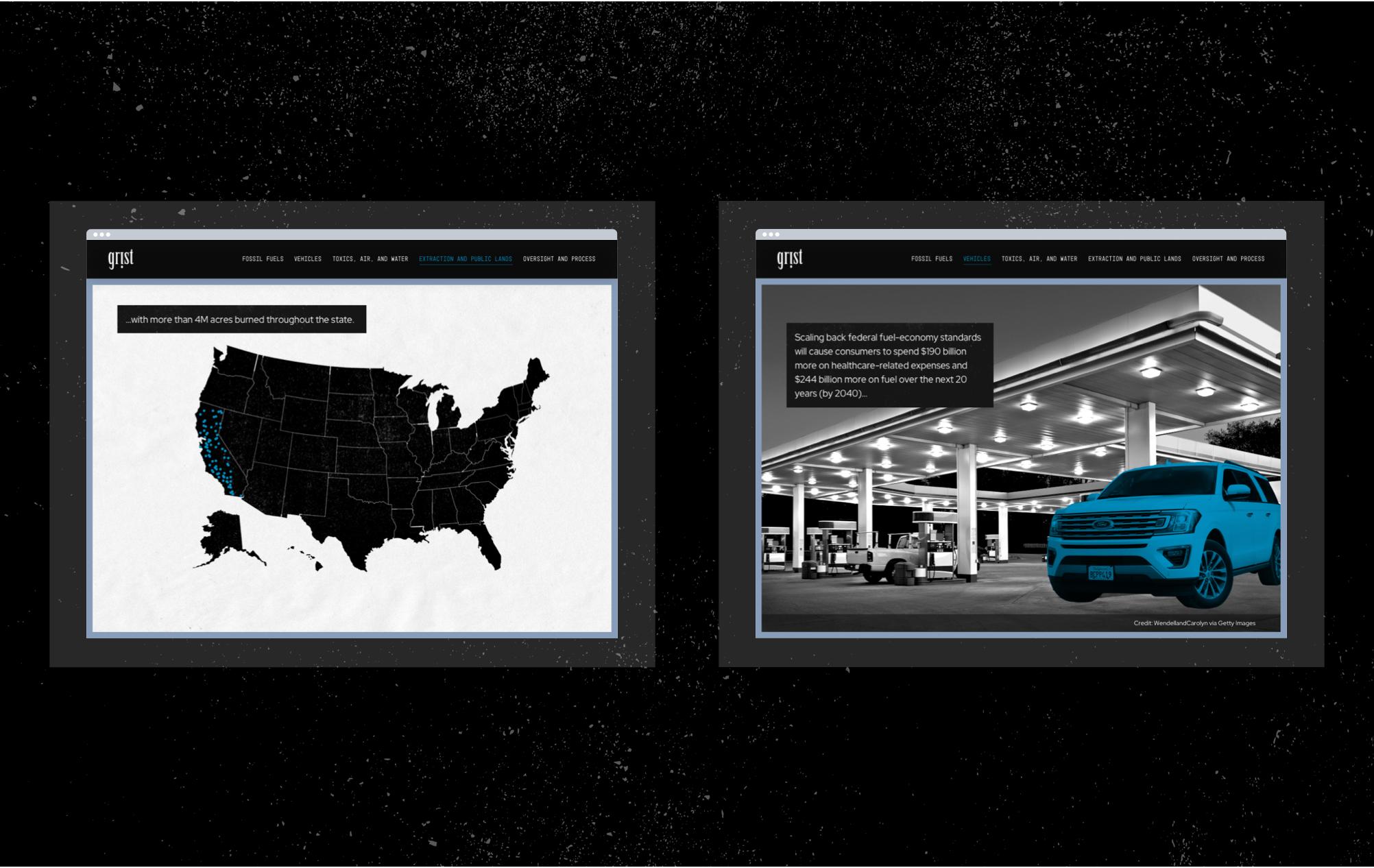 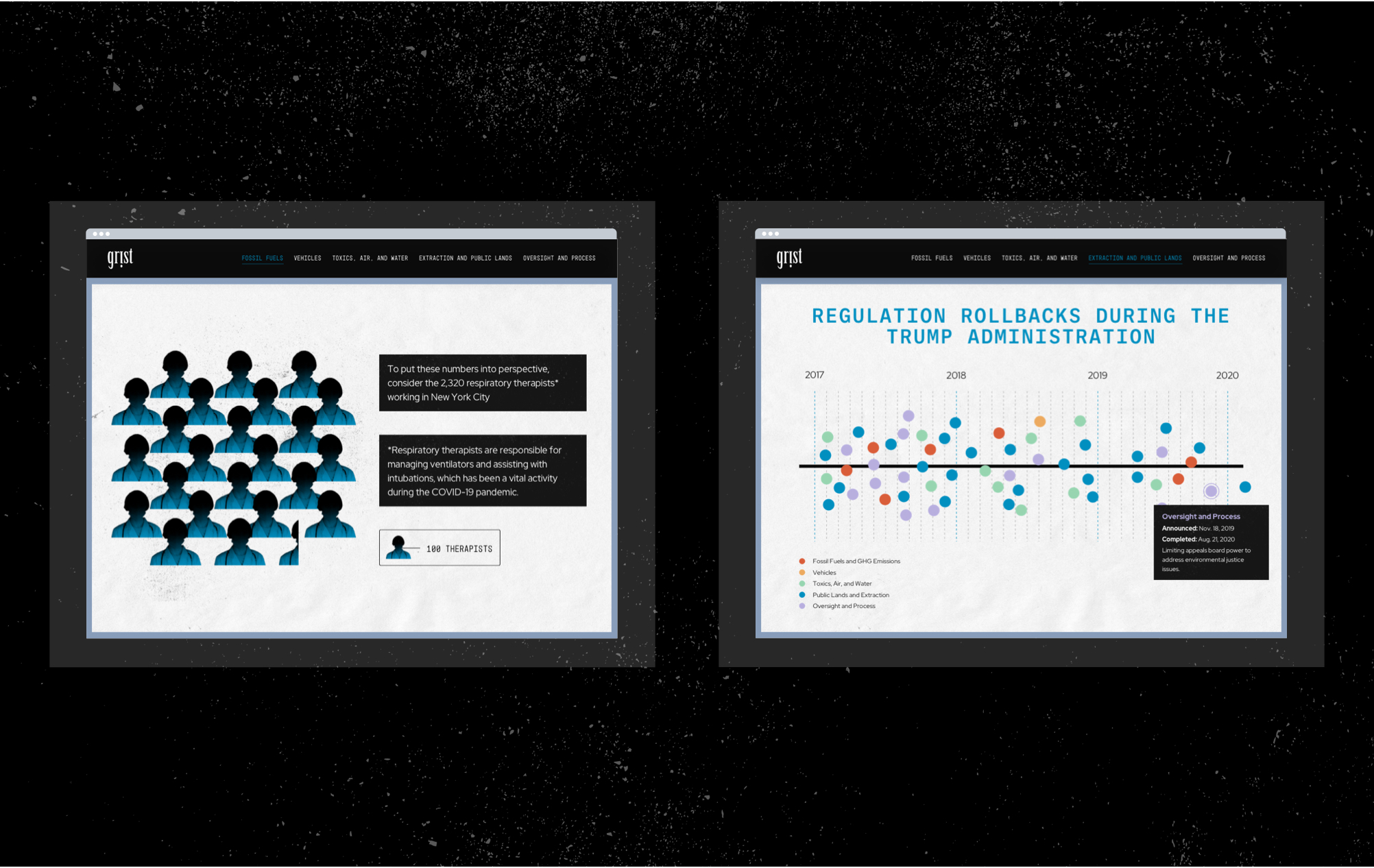 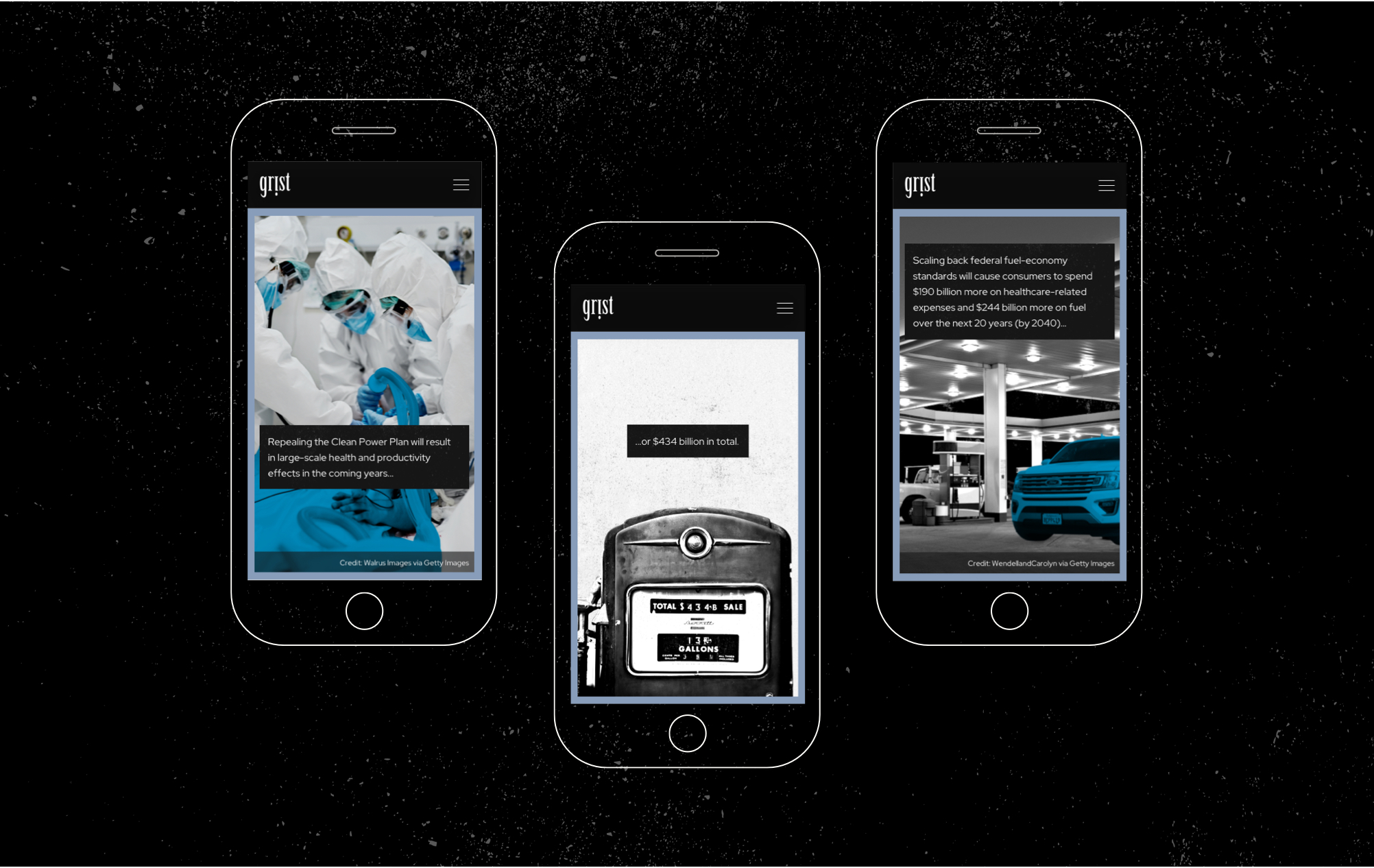