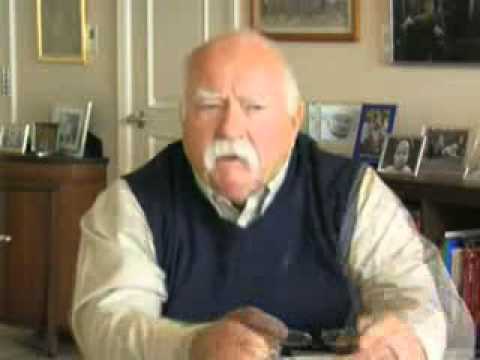 A CMYK operative is on the path to becoming a physician, this is his foray into medical writing….

Monday January 21th: Martin Luther King Jr. Day, a day that will go down in history. Or already has, but will go down a second time as the day 14 VISTA’s repainted a soup kitchen. For my part, I chose a more managerial position. I believe there is much to be gained from the careful observation of a social situation. At first people were skeptical of my role but by then end of the day my contribution became clear. “Jenny, you have missed a spot.” This is the sort of intellectual contribution I was making. That just could not have been possible with out careful and studied observation.

These are some of the things my coworkers had to say about me: “Not only has Jeff added precision to our work, but the intellectual element he brings to activities changes the entire experience. At first I thought: I’m just painting some dumpy old soup kitchen, but now I realize I’m making a tangible contribution to the betterment of South Bronx,” was said by Rica. She has been a member of the VISTA team for nearly six months! A similar notion was expressed by Sam when he said, “Work at a soup kitchen, I thought we’d be making soup, then Jeff explained to me, you can’t make soup in a dirty kitchen. Just think about that, it does make sense, and really it resonates on a much deeper level. Like, imagine trying to make a dust free sandwich in the desert. Can’t do it can you?” Sam has also been a VISTA member for six months, and is now preparing to enter medical school at Toro Medical School, which incidentally is just down the road from my site. Small world huh?

The Metropolitan Hospital operates under the Health and Hospital Corporation, the diabetes initiative is a directive from them, our goal is to lower the most common indicators of diabetes. The primary, and most important for us is HGA1c the glycated hemoglobin reading. In diabetes, once the pancreas, due either to disease or significant weight gain, can no longer produce adequate insulin to convey the sugar properly into the mitochondria of red blood vessels, superfluous sugar is left a drift in the blood stream. Insulin is often, metaphorically thought of as a key which unlocks the red blood cells and allows for the uptake of the unbounded sugar molecules. I like to think of it rather as principal who threatens detention if you are not seated by the bells second ring. However, with out insulin the sugar is left to wonder, like so many backpacked hooligans just filling the halls and as a result slowing the flow of the hallway traffic and not allowing for class to begin in a timely manner. This in turn often leads to smoking, premarital sex, and under age drinking; or in the case of diabetes neuropathy and the eventful amputation of the outer extremities.

A finger stick will test immediately how much sugar is in the blood at that one moment, but fails to show a long-term view of the actual sugar in the blood. The HGA1c is more like a narration then a photo; it shows the blood sugar over a three month period. As the sugar lingers in the blood it bonds to the edges of the red blood cells, through a process called glycation the sugar bonds with the fatty lipids and bonds to the red blood cells. Red blood cells typically have something like a three month shelf life, so the amount of glycated hemoglobin can be measured to give a more accurate description of the past three months. The test its self is quite fascinating. Blood is drawn by the attending nurse, and then sent to the lab. At the lab the blood is shot, like the bullet from a gun against a screen, which splatters the blood, against a slide. Almost like a very small medical Jackson Pollick. From here it’s possible to “read” the story of the blood cell’s glycation. To return to the high school metaphor, this is not a snap shot of the amount of students in the hall way, but the evidence they were there too long: the amount of spit out gum on the floors, or the amount of graffiti on the walls.

We have constructed an excel spread sheet in order to immediately monitor the care given to each specific patient. Generally we like to have the sheet filled out Monday in order to add data to it in a more efficient fashion. Due to the long weekend Monday was lost. So I had to work double time in order to prepare the sheet for the flow of live data. They say those who can’t: teach. It should be stated that those who can: plug numbers in to excel spread sheets.

The afternoon I spend responding to volunteer inquires, and plugging data in as I received it.

With the day completed I met with my supervisor Dr. Mehta. We had decided to take a smallish road trip together, Valhalla up state to attend a panel of cultural competency in medicine lectures at the New York Medical College. The lectures ended around 8:30pm, I did not return home until around 10:00 and was not in bed until 10:30!

Wednesday January 23rd. The morning begun with a patient safety meeting: a VAP meeting to be specific. Ventilator Assisted Pneumonia, pneumonia that is caused by tracheotomy or ventilator tubes not being changed regularly. This creates a bacterial infection, due to patients being either in comas or in highly sedate conditions their mucus escalators doesn’t innate the cough reflex, this creates a back up of phlegm, which traps bacteria. This is a common problem in hospitals, though it is entirely preventable with proper care, diligent work habits and PROPER DOCUMENTATION. Everyone was highly enthusiastic about the work and I honestly believe they are a good group and are truly dedicated to saving lives.

We shifted focus of the meeting to Center Line Infections. A center line is an internal catheter which is placed, with a swan into one’s center line, or jugular vein. This procedure can only be preformed by a licensed physician or physician’s assistant (PA). (This has been in the news a bit lately several patients died at Mercy Hospital on Staten Island due to contaminated centerlines put in by a PA.) This catheter is used to continually draw blood and monitor it for its level of oxygenation. Patients who have experienced a cardiac event or who have extremely high blood pressure or are considered likely to have a cardiac event are put on centerline catheters. If the physician proctoring this procedure is in any way not properly sterile, there is a likely hood the Center Line can become infected. Since the infection would begin in the jugular the patient can become septic almost immediately.

This section of the meeting was dominated by Dr. Amin a spirited ICU doctor who is crusading against amongst other things shoddy work practices and dirty hands. With gusto he said, “In the ICU we just take out the Center Line the emergency room people put in, theirs are always wrong.” The nurse educator replied: “You can’t take out one center line and then put in another: think of the pain you are causing.” Amin replied, “I will not kill my patients, if you make me leave those center lines in I will resign my job, my damn job!” The meeting from here quickly descended into heated bickering and was declared a shambles and quickly dissolved.

I spent the rest of the day entering patients into my excel spread sheet who failed to keep their appointments. Did Not Keep Appointment: dnka. This list gives us the beginning of patients we need to contact. It’s a bit like detective work, its slow and tedious, we sift through records and old schedules, but we eventually find patients who need to be seen by the doctor and we target them. At which point they receive a barrage of phone calls and letters.